Celebrities who have left Twitter because of Elon Musk

Narasi.net – Since Elon Musk took control of Twitter on Thursday, Oct. 27, the app has been in chaos. He started changing the app’s fundamentals, including a plan that would require verified users to keep their blue checks for a fee and a reported increase in hate speech. These celebrities aren’t happy about it.Everyone who has left the app since the new boss took over can be found here.

After tweeting that he was “out of here” on October 28, “Thirtysomething” actor and “This Is Us” producer Ken Olin was one of the first to leave the social media platform.”Let’s protect our democracy” was Olin’s message of optimism as he signed off.Let’s try to be more gentle.Let’s work together to save the planet.Try to be more generous, please.Let’s look for peace all over the world.

Toni Braxton, the Grammy-winning R&B singer, also decided to quit Twitter on October 28 after stating that the platform “is no longer a safe space for [herself], [her] sons, and other POC.”Braxton also tweeted, “Hate speech under the veil of ‘free speech’ is unacceptable,” and criticized Musk for allowing hateful content to circulate uncensored.

Shonda Rhimes left Twitter on Saturday morning, October 29, tweeting, “Not hanging around for whatever Elon has planned.”to her 1.9 million followers, “Bye.”

Téa Leoni, who starred in “Madam Secretary,” exited the app on October 29 and stated that “the dust has revealed too much hate, too much in the wrong direction.”She continued,Kindness, love, and possibilities for you all.”

Sara Bareilles Bareilles joined the mass exodus on October 29 by tweeting, “Sorry, this one’s just not for me,” and promising to see her followers on other social media platforms.

Before ultimately making his profile private, “Billions” showrunner Brian Koppelman also tweeted that he needed to “take a breather” from Twitter.According to NBC News, Koppelman sent a tweet that read, “Come find me over on Instagram and the tok.”

Alex Winter Winter, an actor who is most well-known for his role in “Bill & Ted,” locked his account, which has since been deactivated.”The platform has immediately become more prone to hate speech, targeted attacks, and the spread of disinformation since Elon Musk took over Twitter and made it a private company with less oversight,” Winter told NBC News, adding that many users would return if the company went public again.

In a Facebook post on Oct. 28, Mick Foley, a retired wrestler and actor, said that he would not be on the platform anymore.He wrote, “I decided I needed a break from @twitter, since the new ownership – and the misinformation and hate it seems to be encouraging – has my stomach in a knot,” noting that he would probably return to the app in a few weeks.

Ellen Pompeo, star of “Grey’s Anatomy,” left the platform without making a formal announcement, leaving only a deactivated account.

In the days after Musk took over, David Dastmalchian, also known as “The Dark Knight,” deactivated his account, marking a similar swift exit.

Although “The Good Place” actress Jameela Jamil announced via Twitter that she would leave the platform when news of Musk’s plan to acquire the app first broke in April, Jamil has yet to indicate whether or not she will do so now that the new boss has taken over.She tweeted, “One benefit of Elon buying Twitter is that I will finally leave and stop being a complete menace to society here.”Therefore, it really benefits everyone involved.

Bonus:Rob Reiner, the producer who is known for speaking out for the left, has diverted from the path by urging Twitter users to stay on the platform and participate in “constitutional democracy.”“Now is not the time to leave Twitter for those fighting to preserve our Constitutional Democracy,” Reiner tweeted on Oct. 28.It’s time to vote blue now! 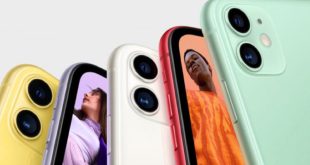 Why You Need An iPhone

Narasi.net – Ever since the introduction of the Apple iPhone, there has been a huge …