Differences in the Roles of Father and Mother in the Family, Which is Important? Narasi.net — Parents have the same responsibility in raising children and running a family. However, are the roles of fathers and mothers in the family the same? Is there a difference? To be more clear, see the review below.

Are there differences in the roles of fathers and mothers in the family?

The family is the main place to provide the biological and mental health needs of children. In a harmonious family, each family member is obliged to carry out their respective roles. Then, is there a difference between the role of father and mother in the family?

A recent study suggests that the roles of fathers and mothers in the family are different. The Parenting Research Center evaluated data from 2,600 parents.

Researchers also highlighted the differences in the roles of fathers and mothers in the family, including the amount of time spent with children and how parental responsibilities were evenly distributed at home.

Generally, the father is considered the head of the family who has to take care of the basic needs of the household. Meanwhile, the mother takes care of household functions.

Fathers generally do not have much time to talk about their children’s daily life and problems. This makes a father rarely argue or even yell at his children.

On the other hand, mothers tend to feel superior in parenting and have more time to talk to teachers and understand their children’s problems. Even so, the difference in the roles of fathers and mothers in the family will certainly have a good impact on children.

This provides variation in the interactions between parents and children and fosters an understanding that each parent is a separate and distinct individual.

The role of the father in the family The role of the father in the family is very important. Keep in mind that the term father does not only apply to biological relationships, but also applies to husband and wife relationships.

As for some of the father’s role in the family that you need to know.

This is one of the most important duties of the father in the family. A living is provided by the father to provide for necessities, pay for school fees, health, and others.

In some cases, other family members take on this responsibility intentionally or because the father is unable to work or is absent.

Although it can be taken together, certain big decisions are sometimes better taken by the father. Certain decisions made by a father can affect the well-being of the whole family.

Fathers have the responsibility to raise children according to the morals and values ​​of society. In addition, the role of fathers in the family is to discipline their children so that children have a sense of responsibility for their future.

The father’s job is to protect the family. Protection here includes protecting family life in a reasonable manner against physical, socio-economic or other harm.

5. For example his son

Launching Healthy Children, children have a natural tendency to respect their fathers. These are mainly boys who look to their father as their model or role model as the father performs his various roles.

Fathers who actively interact with their children can improve children’s intelligence. This intelligence, including emotional intelligence and cognitive abilities.

The role of the father in the family can also indirectly increase the child’s self-confidence, so that the child does not hesitate to take a step. Children also have a lower risk of committing minor crimes.

The role of the mother in the family Like fathers, mother’s role is very important in the family. Not only giving love, there are several other roles of mothers in the family, among them.

A mother must be able to manage and control her family’s financial situation well. The elements that must be managed start from the money spent on basic needs, such as food, electricity bills, recreation plans, and also savings.

3. Taking care of the household

Have you ever imagined the heavy responsibility that must be borne to take care of the household? That is the role that a mother takes throughout her life.

A mother will monitor what her child will eat, change the child’s diaper when it is a baby, and dedicate all of her time to caring for the children and her husband.

Mothers are the first to make emotional bonds and attachments with children. The child will learn his first emotions from the mother.

The mother-daughter relationship formed during the early years will greatly influence the way a child behaves, including social and emotional behavior as an adult.

A mother can easily hug her child and talk about her feelings with her child. Not only that, mothers tend to be able to teach children how to handle emotions better.

Surely you’ve heard the term mother is a great cook in the family. Mother plays a role in serving delicious and healthy food for the family every day.

In addition to cooking main meals, mother also prepares snacks, desserts, and other dishes. Mother’s skill in cooking is not in doubt. Mother’s cooking is generally always the most delicious and missed by family members.

Relationships in the family are important for children because they are the basis for their personality, behavior, and life as a whole. Children who have healthy relationships with their parents are also more likely to develop positive relationships with others around them. 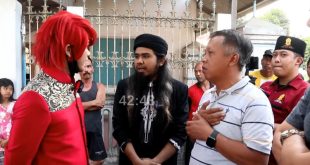