Narasi.net — Warner Bros. has been controversial in recent months.

From Amber Heard’s legal dramas to the sudden and unnecessary cancellation of Batgirl the studio doesn’t have the best reputation right now.

None of that was helped by one of the other messy situations: Ezra Miller.

The star was brought in as Flash for Justice League and from there went on to film their own solo films.

Not only are they constantly being arrested, but the DC star has also been accused of physical and verbal abuse, grooming of minors, and more.

Needless to say, neither of those put good pressure on the upcoming The Flash movie. And sadly, it doesn’t look like it’s stopping anytime soon.

In a new report from Business Insider, some disturbing information has emerged regarding The Flash star Ezra Miller.

According to their sources, Miller had been driving around the US carrying at least one gun and wearing a bulletproof vest.

Why? Well, they are reportedly paranoid about being followed by the likes of the FBI or the Ku Klux Klan.

Tokata Iron Eyes, an activist Miller interacted with, noted that the vest was a fashionable security measure in response to actual attacks and receiving death threats.

This must be so bad that many people close to the actor are starting to worry that Miller has completely lost touch with reality, although the reasons aren’t very clear.

An anonymous longtime family friend noted that the stars have been activated by using their fame, their wealth, their earning potential, their whiteness, and their beauty:

“I think Ezra has been activated because of their fame, their wealth, their earning potential, their whiteness, and their beauty… it’s really hard to intervene when someone has as much resources as Ezra… when you’re famous, people tend not to say ‘no’ to You. I think those things can be very dangerous. ”

Some sources believe that Miller’s recent behavior is indicative of mental illness. A close friend of hers noted how they mourned the person they had known at Miller.

“Those are the people I grieve right now…they’re always different from other people their age, but not scary. We’re really good friends. This is really sad.”

With Batgirl having been canceled and Supergirl the likely next, many fans fear The Flash’s fate is already written in stone.

What’s even sadder is that Ezra Miller doesn’t seem to really care what happens in that regard.

Even though his solo project was actually released, fans shouldn’t see the actor as a Scarlet Speedster after this upcoming film. Warner Bros. is rumored to be cutting ties with the actor for some time—hopefully, this means the studio will be looking for a new actor as opposed to completely sidelining the character.

The future of the DCEU has never been more certain. Maybe the studio really needs to really clean up the whiteboard and start over. 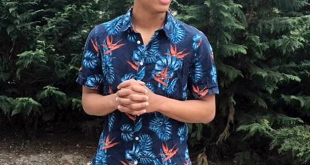